Don’t be fooled by the seemingly modest size of Bonnie Scotland. For the seductive, majestic northernmost tip of Great Britain is home to a myriad of noteworthy sights, traditions, and characters. This Scotland itinerary encompasses some of the attractions I was lucky enough to visit during four distinct trips spanning the last decade.

If you can put the moody weather aside for a minute —ask a Scot, any Scot, how the sun is commonly referred to north of the border— there is little doubt in my mind that Scotland will delight and seduce you.

From scotch distilleries to historic castles, from scenic waterways to Harry Potter filming locations, here’s what you can’t miss on a first trip to Scotland.

11+ of the best things to do in Edinburgh, Scotland’s prettiest city

It might technically be Scotland’s second city in terms of population but Edinburgh is nonetheless the country’s top tourist attraction. Rightfully so! With a pretty much intact medieval castle and a vast network of narrow, supposedly haunted passageways as well as world-famous festivals and amazing inner-city hiking possibilities, clearly Edinburgh is a wildly atmospheric city that has to be seen once in a lifetime.

Or four times, if you’re me.

Edinburgh festivals in August: why you should not miss out

The unconventional, eccentric city that is Glasgow has gone through a bit of a Renaissance since the early 2000s. It’s blossomed from dodgy and crime-ridden to characterful and lively. There are tonnes of things to do here, from naval history museums to art galleries and cutting-edge architecture.

I cannot possibly stress this enough: do not simply stop in Glasgow on your way to somewhere else. Stay a while. Give it the credit it fairly deserves.

Where to drink whisky and gin in Glasgow

Located about an hour outside Edinburgh, this mystical stronghold is one of the most significant throughout Scotland for its brilliant layout and its agitated history.

Several Kings and Queens have been crowned at Stirling Castle over the centuries, including the infamously ruthless Mary Queen of Scots in 1542. In addition, the castle played a major role in the tragic Wars of Scottish Independence and sustained at least eight different sieges in the space of 60 years. The English and Scottish armies bloodily and successively swapped upper hands until Robert II of Scotland King of Scots once and for all retook Stirling in the 1341 siege.

This is perhaps the most quintessential-looking of all Scottish castles. It’s made out of heavy stones on a rocky three-sided promontory overlooking the River Forth. Additionally, it features massive outer defences as well as several imposing 15th-century pavilions and a massive close.

Considered by many as the most spectacular panorama in not just Scotland but Britain, Glen Coe is a narrow valley traversed by the great River Coe and surrounded by precipitous, snowcapped mountains formed by an ice age glacier.

These landscapes are home to some of the finest hiking opportunities Scotland has to offer. Notably the Three Sisters, a series of steeply-sided ridges that extend north into the Bidean nam Bian Glen.

Paradoxically, as with many other stunning parts of Scotland, Glen Coe is also home to the most macabre of tragedies. On a ghastly day of 1689, 38 members of the local MacDonald clan were assassinated. The rival Campbell clan used subterfuges to trick higher authorities into believing that the Highlanders were, essentially, a bunch of thieves and only begrudgingly pledged allegiance to the new King of England, William of Orange.

Located just a few minutes outside Inverness, Culloden Moor was the site of the final battle of the Jacobite uprising. Over 2000 gallant Highlanders —men, women, and children— lost their lives to the English, and Bonnie Prince Charlie valiantly fought Prince William Augustus. It was a decisive moment of Scottish history; within an hour, it was over, and few Scots survived. Hell, not even Scottish culture survived.

A cultural genocide to some, a drastic assimilation to others. Regardless of semantics, it is nothing short of bone-chilling to stand on the very site of a mass killing, a site where people came to willfully, yet vainly fight for their identities.

Nestled in the southernmost tip of the emblematic Loch Ness, Fort Augustus is a teeny tiny little hamlet built around the Caledonian Canal with enticing waterside pubs and unmatched views of the famed loch.

While there might seem to be little in the way of attractions, Fort Augustus makes for a great base to explore the region. For instance, it’s actually home to the fascinating Clansman Centre (where appropriately attired experts demonstrate 17th-century clan weaponry and go over a few Scottish traditions) as well as a myriad of tour operators offering guided boat or hiking expeditions further inland.

As perhaps one of the most emblematic sights in this Scotland itinerary, Urquhart Castle needs not a lengthy introduction.

Sitting on headland beside the Loch Ness in the Highlands, the castle played a preponderant role in the 14th-century Wars of Scottish Independence. As such, it was a royal castle for quite some time before it was ultimately destroyed in order to prevent its use by the Jacobite forces in the 17th century. Visitors are encouraged to walk amongst the ruins, which date back from the early 13th century. To clarify, though, archaeologists have said that the site was home to a medieval castle long before Urquhart as we know it came to be.

Nevertheless, it embodies precisely how visitors envision a multi-centennial Scottish castle. A drawbridge, a gatehouse, menacing towers, a ditch, and various closes.

The Isle of Skye is one of the few remaining places in Scotland to retain a strong traditional Gaelic spirit, largely in part due to its insular geography. A place where history is not so much about Kings and Queens and bloody combats but rather with Viking legends and faeries.

Moreover, the Isle of Skye holds postcard-worthy landscapes and panoramas, with sandy beaches and towering mountains and quaint villages. Is that enough to make it a compulsory stop on any Scotland itinerary? Certainly.

+
day trip to
isle of skye

The Isle of Skye & Eilean Donan Castle from Inverness

I’ve seen a lot of places where Harry Potter was either set in the books or was actually filmed. But nothing even compares to the thrill of seeing the 21-arched Glenfinnan Viaduct!

What we call the Hogwarts Express is actually the Jacobite Train, which runs the 84-mile stretch between Fort William and Mallaig on the West Highland Railway Line. Above all, it’s often dubbed one of the greatest rail journeys in the world, and rightfully so if I do say so myself.

The scenery, aside from the Harry Potter-related bits of course, is absolutely stunning.

Distilleries are to Scotland what vineyards are to France and Italy; they’re essentially the Holy Grail of all things Scottish. Fortunately, though, there is far enough offer to meet the increasingly large demand.

For most adult males, each sip of scotch is an experience akin to the celestial skies opening up onto a group of angels chanting harmoniously. Rumour has it that the primitive name for scotch is actually derived from uisge beatha, meaning “water of life”, make of that what you will.

For others, mostly me from what I understand, scotch is a form of torture that I simply cannot tolerate (I’m a gin girl, what can I say).

It might be worth popping in your local liquor shop to find out what your preferred flavours are (single malt or blend? young or aged? smoky or grassy?) in order to visit the distillery that is most likely to reflect your personal taste. A few noteworthy scotch distilleries in Scotland according to connoisseurs:

Out of time, out of place. With its barren landscapes, Northern Scotland crystallizes the sensation that you just  may have reached the end of the world, where relentless winds would make even the most stoic Queen’s Guards shudder.

Hauntingly beautiful, wild and rugged, this was Scotland like I had never seen before. I was compelled to venture off the beaten path and surrender to the raw charm of the now famed 500-mile stretch of road colloquially known as the North Coast 500.

In other words, it encompasses some of Scotland’s most remote locations as well as scenic lighthouses, beaches, mountains and vistas. I truly cannot praise this tourist route enough and it is an absolute must on any Scotland itinerary.

Driving Scotland’s gin trail on the NC500 – how, where & when to do it

Essentially the clear spirits’ answer to the ever-so-popular whiskey, the Scotland Gin Trail is a cheeky tourist route crafted by Visit Scotland harnessing the diversity and creativity of passionate entrepreneurs across the country.

Encompassing both mass producers and emerging craft distillers, the ambitious bucket list criss-crosses all of Scotland, from Dumfries to the tip-top of the Highlands. It teaches visitors the evolution of gin and how it became intricate part of Britain’s modern fabric. However, whether you’re just an amateur or a connoisseur, it would be unthinkable not to visit a gin distillery on your Scotland itinerary.

This award-winning gin has botanicals hand-harvested by a local diver from the deep underwater forests of the Scottish Outer Hebrides.

By far the most gintertaining (oopsie) stop visit on my itinerary! Dunnet Bay Distillers is an experience in its own right. Getting there is remarkable enough to begin with! To clarify, the wee distillery is set in the distance of the beachy coast of mainland Scotland’s most northerly county, Caithness, famous for its relentless winds and its barren landscapes.

A classic London-style dry gin in the heart of beautiful St. Andrews! Made from one of Fifes’ indigenous berries with a hint of citrus for a fresh finish.

One of the best small-batch, artisan gins in Scotland. It’s infused with dozens of hand-picked botanicals from the woodlands and shores of Gairloch.

Caorunn gin is one of the most famous Scottish gins in the world, for a reason. Enjoy the professionally-led visit!

A wee organic distillery led by the Thompson brothers in the quaint village of Dornoch. Their gin features light, subtle herbal note.

Masterfully created by the owners of my favourite hotel in the Highlands, this is an entirely natural and fine, fine gin. 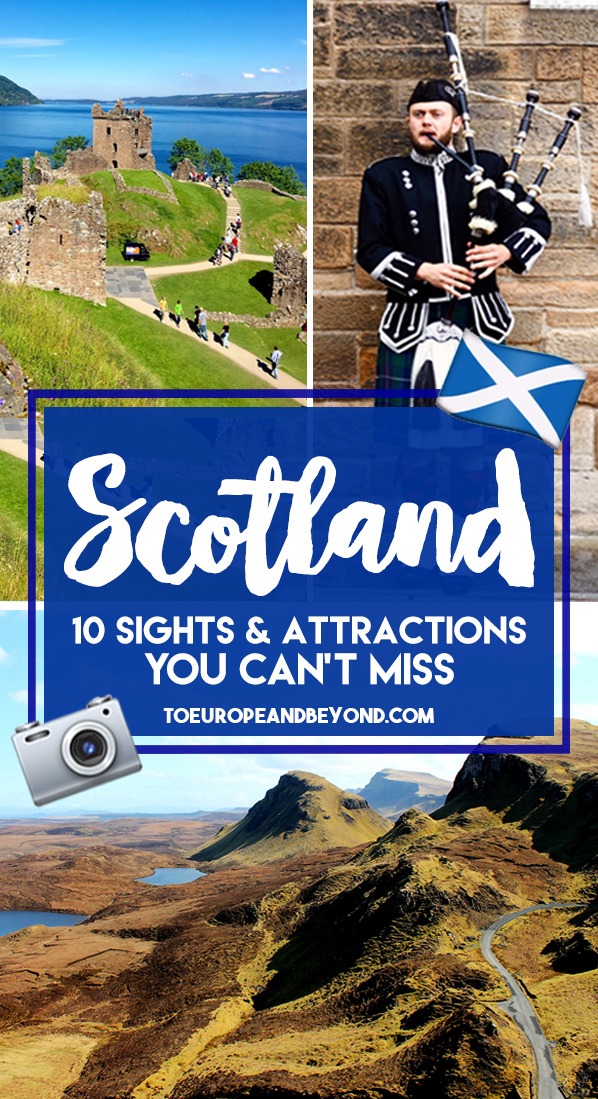