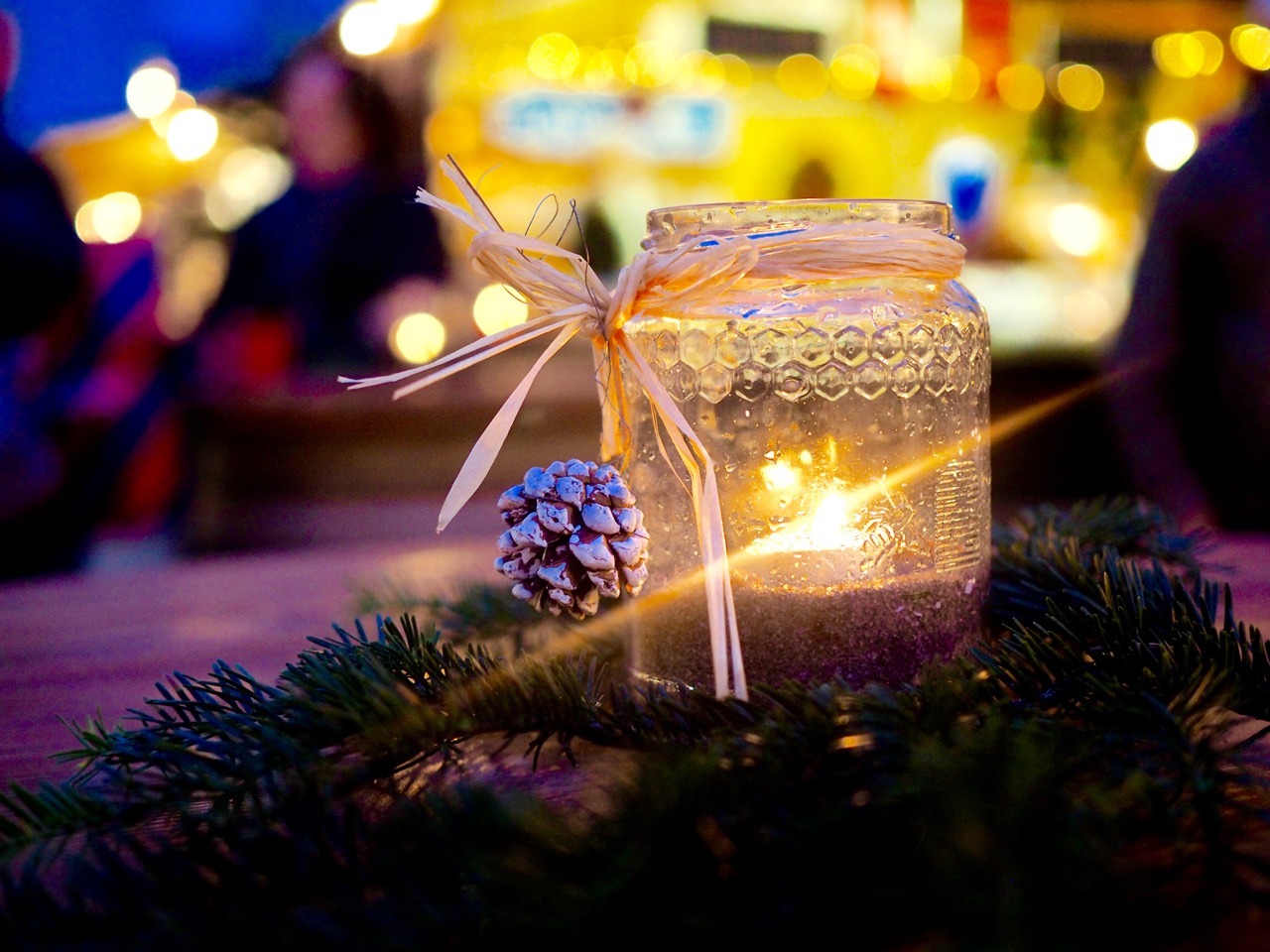 “Christmas waves a magic wand over this world, and behold, everything is softer and more beautiful.”

Arguably, winter in Europe is not the best time to visit as far as the weather is concerned. But the Old Continent does have something that other countries around the world simply cannot compete with: historical, atmospheric Christmas Markets that I gladly would — and have, in fact — endure subzero temperatures for.

Pack your winter boots, your tuque and mittens (don’t judge, that’s how we call ’em in Canada!) and your camera, because you’re in for one hell of a photogenic journey that is nothing short of pure magic.

Christmas Markets in Europe: The 6 Best

I’ve already written quite extensively on Esslingen and how obsessed I still am with this fairytale town even four (four!!!) years after my visit. There are several markets scattered across the tiny historical centre, each with its own vibe and specialities — paradoxically, at over 200 stalls, it’s also one of the largest in the region.

The star of the show is, however, the Medieval Market; merchants like blacksmiths, broom makers and glassblowers are clad in historical garments and demonstrate their unique craftsmanship in the same way their ancestors presumably did hundreds of years ago in this very spot. The tradition of Christmas markets in the Austrian capital goes back to the 13th century when Albrecht I granted locals the privilege of holding a December Market, called krippenmarkt. The grandiose Wiener Christkindl on Rathausplatz is, admittedly, one Vienna’s largest with seemingly innumerable stalls but its self-dubbed “sea of lights” made of advent candles and outstanding setting —right in front of the imposing neo-Gothic City Hall— make it entirely worth a visit. This is also where the most active visitors will find the ice skating rink, which I graciously gave a miss as my lack of motor coordination does not allow me to get anywhere near sharp blades.

I was also able to explore the festively decorated market stalls over at Christmas Village on Maria-Theresa Platz, wedged between the stunning Museum of Natural History and the Museum of Art.I was there during the day and it made me so happy to see locals have a glass of glühwein on their lunch break (crazy Europeans, right?!).

As the world’s capital of music, Vienna is definitely the place to be for choir music as this is where the International Advent Singing festival is held every year in December. About 80 choirs from various country around the world travel to City Hall on four weekends of Advent and offer free concerts. The market at Charlottenburg Palace is definitely the most magical and perhaps the most strikingly beautiful Christmas markets in Europe. Although quite recent —it only officially opened in 2007— it really doesn’t feel like a novelty thanks to the 300-year-old royal palace, all lit up for the occasion.

There are approximately 150 vendors —making it one of Berlin’s largest— selling traditional items, like arts & crafts, ancient handicrafts, jewellery, clothing as well as several gourmet foods. Because of its extremely traditional approach, baroque soundtrack and exceptional backdrop, this particular market is the perfect introduction to German Christmas markets and a great starting point to any market tour.

Additional reading: The 8 Most Magical Christmas Markets in Berlin 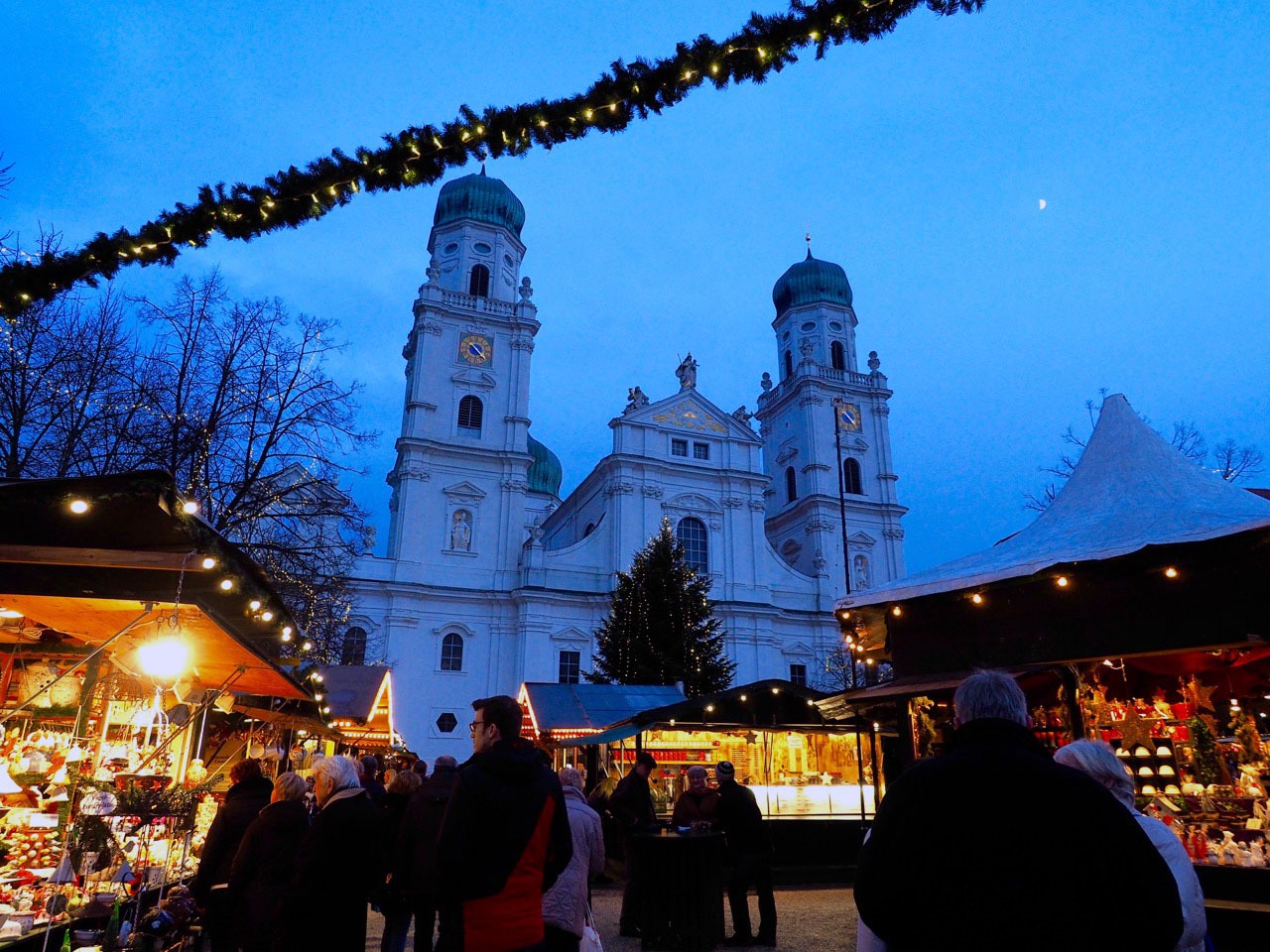 It simply doesn’t get more quintessentially Christmas than in Passau. Modest in size but generous in jaw-dropping scenery, this quiet village nestled on the Austrian border is home to one of Europe’s most stunning cathedrals — i.e., St. Stephan’s Cathedral, with its three distinctive, green-domed towers — which also serves as a backdrop to the quaint Christmas market. This one is infinitely easier to explore than its more touristy counterparts; just a handful of stalls selling local crafts and fragrant foot-long bratwürst in the purest German tradition. Bratislava‘s Christmas markets truly are a reflection of their city: compact, atmospheric, and absolutely adorable. The red-and-white awnings set the tone and are the perfect backdrop to the illuminated trees dispersed throughout the lively square. Whatever you do, though, do not think of going to a Slovak Christmas market without having one, two or three (I don’t judge) lokše, an absolutely scrumptious potato pancake that can either be served savoury or sweet — try one with bryndza, Slovakia’s most-loved cheese.

I highly recommend climbing to the top of the Old Town Hall’s tower pictured above, as you can an unobstructed bird’s eye view of the Main Square market as well as Bratislava’s castle and lovely old town.

Not to be undone by Europe’s more popular Christmas destinations, Budapest is a winter wonderland in its own right. With over 100 cottage-style wooden pavilions covering every square inch of stately St Stephen Square and its sky-high flickering Christmas tree, there’s no question that Budapest knows how to enjoy the holidays. Now’s your chance to enjoy Hungarian treats like kurtoskalacs (cinnamon-pastry chimney cakes) and toki pompos (flat-bread pizza with sour cream, onions and bacon) as well as largely underrated Hungarian wines.

Christmas Markets in Europe: The Ones on My Bucket List Christmas Markets in Europe: Know Before You Go As you may know already, I’m not a big fan of beer in general – I much prefer rosé in…