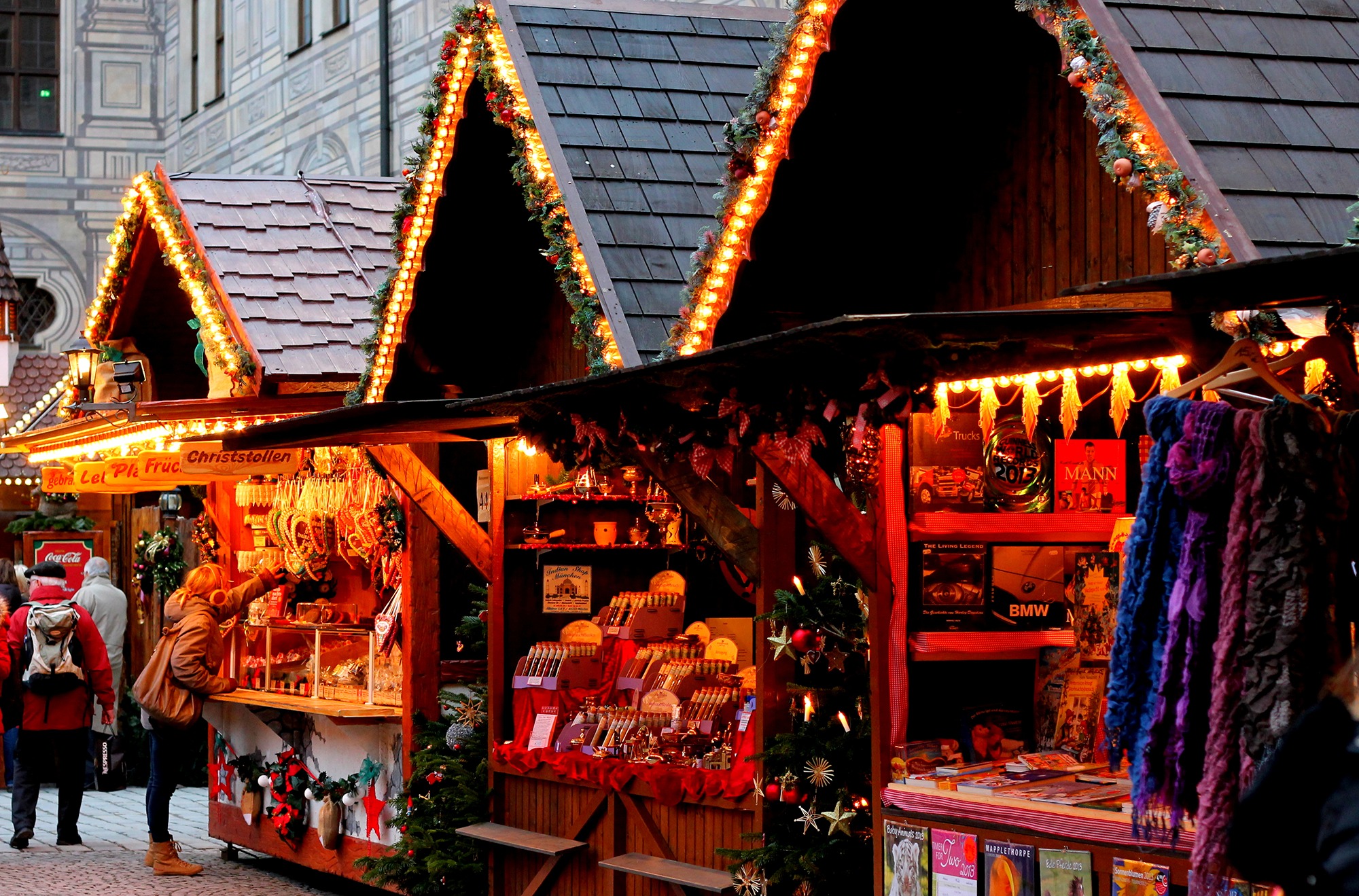 Few European traditions are more iconic than the famous Christmas Markets in Germany— often imitated, but never duplicated. Created in Dresden in the 15th century as a gathering place and local market, the markets served a practical purpose first and foremost: present-shopping for loved ones and family, all while encouraging artisans and their craft. More than just glühwein and bratwurst, the Christmas markets quickly became a staple of the German identity and extended to all parts of the country, even beyond, each region adapting the concept to its own ways.

This post contains pretty much all of my German Christmas Markets photos EVER. This is a photo heavy post to get your wanderlust sparked up! The Christmas market at Charlottenburg Palace is definitely the most magical one in Berlin, perhaps the most photogenic as well and also the largest, with over 150 stalls and vendors. Although quite recent — the market only officially opened in 2007 — it really doesn’t feel like a novelty thanks to the 300-year-old royal palace, all lit up for the occasion. Because of its extremely traditional approach,baroque soundtrack, and exceptional backdrop, this particular market is the perfect introduction to German Christmas markets and a great starting point to any market tour. The Palace also offers special guided visits of its state rooms in December. Welcome to the most photographed Christmas market in the world! Located in the highly touristy Mitte area of Berlin, this market is easily accessible by public transportation and located within minutes of other famous landmarks like the Berliner Dom, the festive Unter den Linden avenue and Museumsinsel. The square, framed by the illuminated French and German Cathedrals as well as the Concert House, despite being quite spectacular at its bare state, is all decked out for the occasion, with a gigantic Christmas tree, dozens of wooden cabins, and even a stage that welcomes choirs, dancers and acrobats. I’ve talked about Esslingen’s Christmas Market quite abundantly, and rightfully so methinks. It it without a doubt my favorite one, because the city looks like it’s straight out of a fairytale or a postcard. Located just a few kilometers outside bustling Stuttgart, Esslingen in a medieval village that was, thankfully, spared in the bombings of World War II. It’s incredibly well-preserved and colorful town center dates back to the 1600s.

Pretty much the entire city of Esslingen is taken over by Christmas markets — it seems as though everywhere you look, there is a different Christmas market. I visited a medieval one, a circus-like one and a more traditional one, all in the space of 24 hours! Esslingen is worth a visit for its sheer beauty and exceptional architecture — it is after all part of the famous German timber-frame road – especially at Christmas time, where the half-timbered houses and medieval atmosphere make for a memorable backdrop. Dresden’s markets have a very good reputation preceding them, especially the medieval one — it is, supposedly, the oldest one in Germany, dating all the way back from 1434. Traditionally called Striezelmarkt, a name derived from Hefestriezel, a sweet delicacy now known as Dresden Christstollen, or German Christmas Cake. And as if being the oldest Christmas market wasn’t enough to convince visitors, Dresden is also home to the world’s tallest Christmas pyramid, standing at 14 metres tall, as well as the world’s biggest nut cracker.

The iconic ginger cookies found all over the Christmas markets are called Lebkuchen, and they come in all shapes and sizes. The most common ones are heart-shaped and highly ornate icing and sporting different holiday greetings. Christmas markets wouldn’t be the same without glühwein! Each city sports different glühwein mugs, not unlike the ginger cookies. You have to pay a deposit – usually 2 euros — for the mug when you get glühwein, after which you can carry the mug around the market as you browse and explore. You can even keep it as a souvenir!

Although Christmas Markets in Germany are at their best in the evening, they tend to get quite crowded (not to mention freezing, sub-zero temperatures). Most markets will open in the early afternoon, giving tourists ample time to visit and chat with vendors before the flocks of locals and visitors arrive after dark. Christmas Markets in Germany are traditionally a place where friends and family would gather to chat and browse for Christmas presents. And centuries later, the tradition is still very much alive and has not changed a lot. Arts and crafts, clothing, regional delicacies and sweets abound.

Disclaimer: I was on assignment for Eurail.com on this trip. All opinions are my own, Christmas markets are cold as hell but awesome.