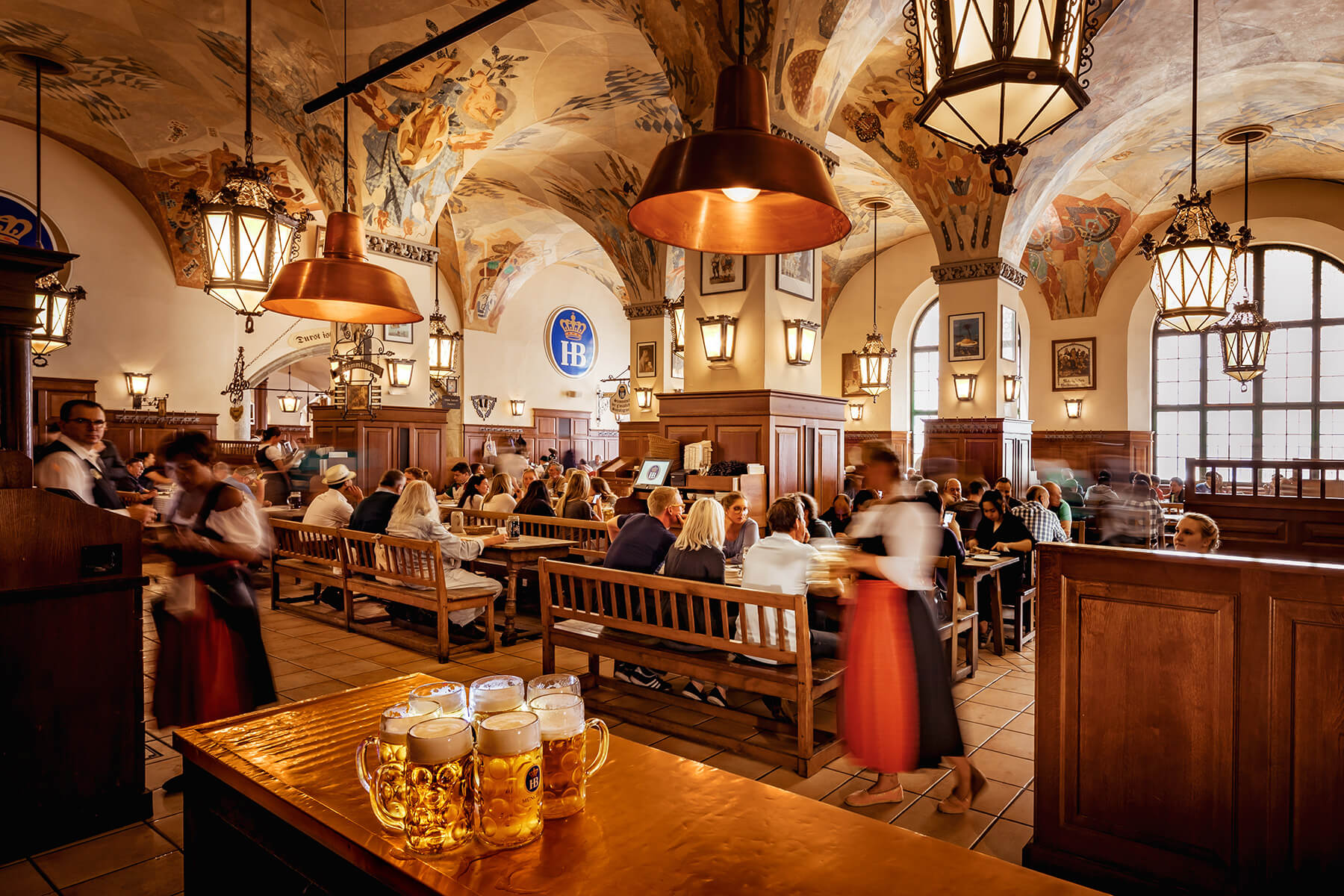 As you may know already, I’m not a big fan of beer in general – I much prefer my rosé in the evening. Or anytime it’s 5 o’clock somewhere… So it may come as surprising news that one of the things that I was looking forward to the most during my time in Germany was the world-famous Hofbrauhaus in Munich.

Why the hell would I be going there if I can’t stomach 3 sips of beer, let alone a giant Bavarian jug!? That just doesn’t seem like a good time investment when spending just two days in the city.

Well, as it turns out, there is a lot more to this place than meets the eye – in fact, I bet you a giant beer jug that you didn’t know any of these things about the Hofbräuhaus. Let’s see…

Is Stade the prettiest village on Germany’s framework road?

It’s the largest bräuhaus in all of Munich – it can hold up to 5000 beer partygoers, and it’s also the second-largest tent at Oktoberfest.

It was founded in 1589 by the Duke of Bavaria Whilelm the 5th, as the official Royal Brewery, and used to be exclusively for the use of the Royal family.

However, the beer rapidly became famous around Europe – people raved about its purity and incredible taste. It got so famous, in fact, that King Gustavius from Sweden accepted to not invade Munich in exchange of 600,000 barrels of the fine brew during the Thirty Years War.

Not just the original one

There are 24 other Hofbräuhaus locations in the world, including Seoul, Genoa, Dubai, Stockholm and Philadelphia. The one in Las Vegas is reportedly the first full-scale and most succesful replica of the beer house.

A lot of famous names hung out at the beer hall – Mozart, Lenin, and Hitler, to name a few.

Speaking of which, the Hofbräuhaus was used by the Nazi Party to hold functions and assemblies. It’s precisely where Hitler declared the 25 thesis of the National Socialist party back in 1920.

Another great example of why you should never judge a book by its cover, especially when it comes to travel.

Also good to know for the non-beer lovers like me: the Hofbräuhaus is extremely photogenic.

From the massive wooden shelves filled with jugs to the live band to the typical Bavarian dishes, the place will be most pleasant for your camera. Yes, it is very touristy, and I don’t think there was a single local in there. But that doesn’t mean it’s not worth a detour, if only to get a glimpse of this legendary place.

The complete guide to the scenic & romantic German framework route