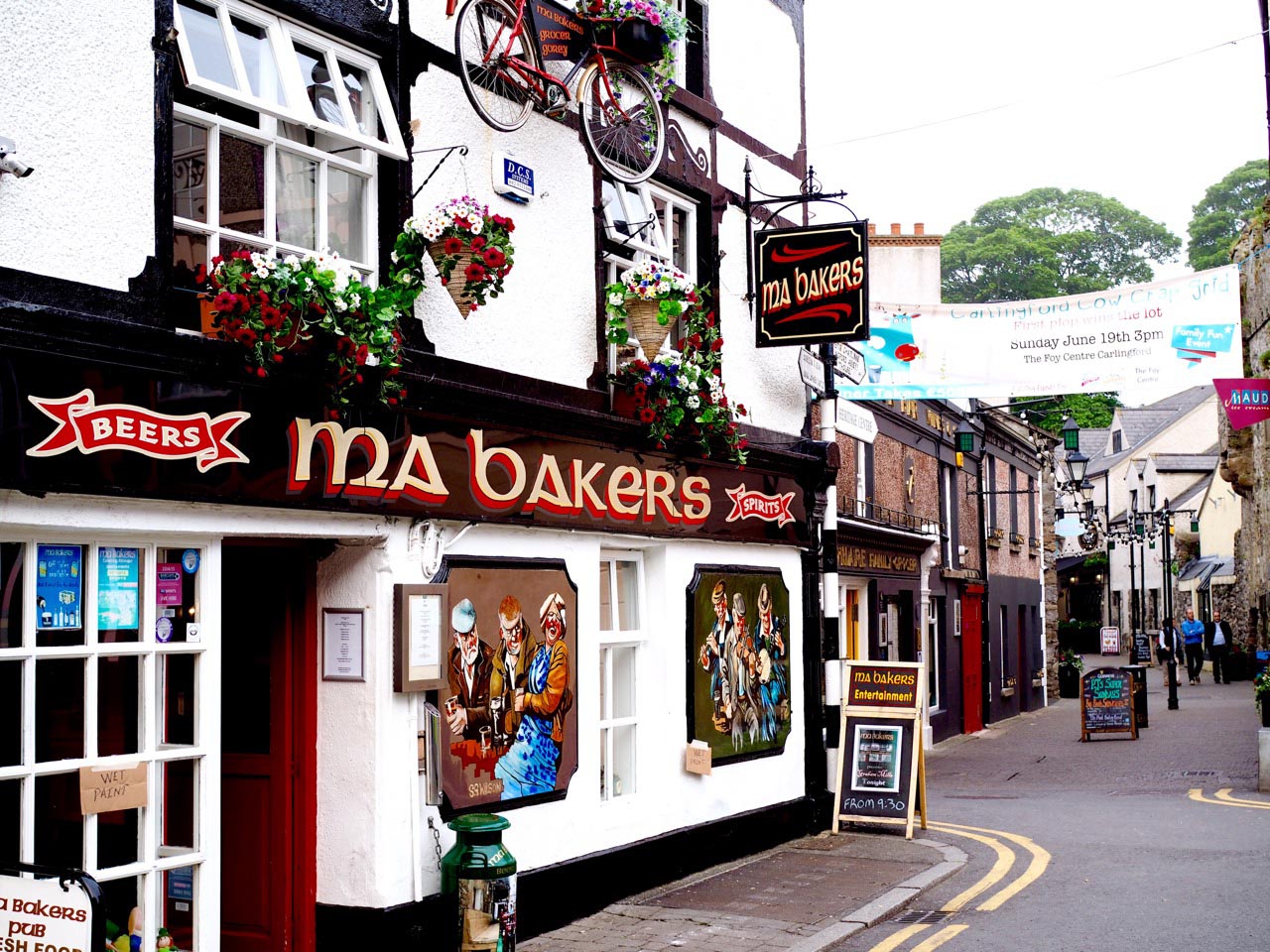 Nestled on the east coast of its eponymous lough, Carlingford is a small town with big charm right along the Northern Irish border.

But with a name dating back to the Viking days of Ireland, it’s clear that there’s more than meets the eye here: indeed, this scenic seaside dwelling is awash with history – as is the rest of Ireland’s Ancient East.

Carlingford means Kerlingfjǫrðr, or fjord of Carlinn in Old Norse

Although I only had a few hours to explore, I immediately fell under Carlingford’s powerful spell, with its luxuriant rose bushes and crooked centennial houses. This awe only grew stronger as I settled in a pub for the evening, indulging in proper grub and good olde’ craic. This is Ireland, after all; best to do as the locals do.

Ireland’s Ancient East: why you should go and what you can’t miss

Carlingford, one of the most beautiful villages in Ireland

The weather was gloomy and muggy when I got to Carlingford —again, this is Ireland we’re talking about, there’s a reason everything’s so green and lush— but nothing could keep me away from the romantic waterfront cottages I saw peeking through the thick fog ahead of me.

I squinted my eyes just enough to make out the silhouette of castle ruins in the distance: that would be the remains of what once was the massive fortress of King John Castle, Richard the Lionheart’s brother, who visited Carlingford in 1210.

My visit wasn’t off to a bad start at all.

Carlingford’s lack of heavy industry, unlike the rest of Ireland, allowed its mediaeval layout and archaeological artefacts to remain relatively intact; in fact, Carlingford’s old town is often dubbed “Ireland’s best-kept secret” as it features an almost unaltered 15th-century public building named tholsel, one of the few left in the country. They’re thought to have served a myriad of purposes, from city hall to courthouse, from guild hall and to customs house. And as I walked further into Carlingford from the harbour I crossed this highly historic town gate and entered the pedestrianised area, dotted with colourful pubs and sprawling terraces filled with locals enjoying an after-work pint.

A night at the pub in Carlingford

Clearly, I knew better than sitting this one out.Irishmen and women are just as part of the experience in Ireland’s Ancient East as the sights themselves. There’s just something impossibly compelling about these wholesome, genuinely kind Irish folks that makes you warm to them instantly. Even I, a notorious non-people person, know that resistance is futile.

There’s also something oddly comforting in seeing a succession of Irish clichés we expect and hope to be true come to life before our eyes:

If you’re truly lucky you might also get invited to partake in an Irish coffee lesson at PJ O’Hares; trust me when I say there’s much more to this late-night kicker of a cocktail than just whisky, coffee, and thick cream. It’s an art!

Did you know, by the way, that Irish coffee was conceived by a fella named Joe Sheridan in County Limerick, who, on an awfully cold 1940’s winter night, added whisky to coffees he handed to Pan Am flying boat passengers in order to warm them up, immediately dubbing his rather clever creation “Irish coffee”.

And the rest, as they say, is history.

Carlingford, Ireland – know before you go