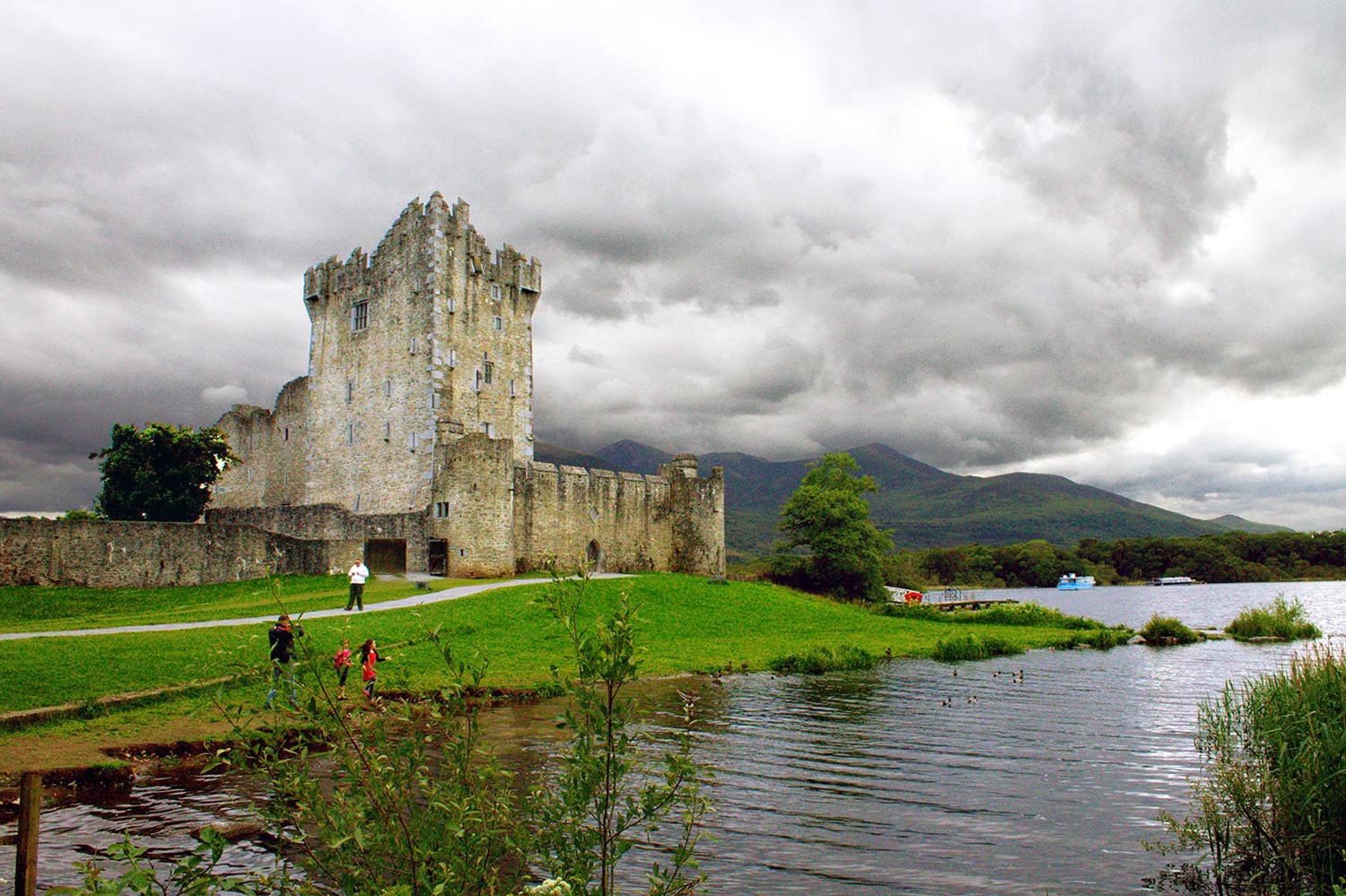 It seems like Ireland’s reputation follows her everywhere, and even precedes her most of the time.

As they say, “where there’s smoke, there’s fire”, and that applies to Ireland as well. Let’s see what are the most commons Ireland clichés, and what I have noticed about them.

After spending a week in the country with Shamrocker Adventures, hanging out with locals and exploring some of its most remote corners, I have come to realize that most of the ideas we have on Ireland and its people are, in fact, absolutely true.

The Most Famous Ireland Clichés

Truer words have never been spoken. The weather in Ireland is as unstable as a PMS teenage girl. One minute the sun is shining bright, but by the time you find your sunglasses in your purse, threatening gray clouds have shielded the golden rays and the wind is unleashing its fury.

The guide for the first two days of the tour, Catherine, told me that this was perfectly normal, and that she usually carries sunscreen, sunglasses, flip-flops, wool socks, an umbrella and a raincoat in her everyday bag. Just in case.

I was truly surprised by the quantity of pubs that had live music shows every night of the week. While some opted for a more modern jazzy approach, most of them remained authentic to their roots and played traditional Irish folklore. And what surprised me even more is how popular these nights are with the young Irish! I remember being in a pub in Galway where the accordion was blasting in my ears – and lively played by a young man of no more than 20 years old. And the dancing crowd was just as young! Irish music is very much alive and in fashion in Ireland, there’s no doubt about that. Another myth confirmed (cue Mythbusters).

The Irish are bad drivers

That one is a bit complicated, I must admit. The fact that Irish drivers are stuck with this reputation is not because of their skills – therefore lack of – but because the roads in Ireland are insane.

“Why, we’ve got a winding, coastline, narrow road here? Let’s make it two-way and 80 km/h! Oh and why not save a few euros on the railings too by not putting any!” That’s what the engineer-people-who-design-roads think in Ireland. So considering that the Irish have learned to drive on such precarious roads, it’s only normal that they would be considered bad, heavy-foot drivers abroad.

The Irish are heavy drinkers

Well that one probably won’t surprise anyone. It’s one of one most talked-about Ireland clichés!

Yes, the Irish drink. A lot. Lots o’ Guinness, lots o’ cider, lots o’ whiskey. Some guys even take down a Guinness in 4 giants gulps! The pub culture is sacred in Ireland, and whoever says pub says cheap alcohol (and gruesome ladies room). I would be very curious to see how many people suffer liver-related diseases on this elbow-bending island, as opposed to other countries.

The Irish are touchy-feely

That one can be interpreted in two different ways: a tender one, and a frankly creepy one.

You can probably imagine the tender one by thinking of a sweet, middle-aged waitress at the pub, placing her hand on your shoulder asking “You want anything else, luv?” with a sincere smile. That thought truly warms my heart.

The other way to see it is by remembering two heavily intoxicated dudes (see previous point) taking their shirt off in the beer garden of a pub grabbing me by the waist before I could even even say “please don’t touch me with your filthy hands, mister“. And then he told me not to worry because he’s engaged. Because that changes everything, as you know.

The interpretation is up to you. But in either case, the myth is undeniable.

Very, very true. Everywhere you look green rolling hills abound, in all the shades possible. There are some patches of limestone here and there, and lots of water too, but the truth is that Ireland is nicknamed the Emerald Island for a reason, and she does not fail to impress about that.

[disclaim]Disclaimer: I was a guest on the All Ireland Rocker tour with Shamrocker Adventures. All opinions, as always, are my own.[/disclaim]