You guys all know I’m not one for lazy holidays under the sun. I would much rather do things my way than mold myself to a rigid travel model – which is why I so often end up travelling independently around Europe. But that was before. Before I visited the islands and created this Cook Islands travel guide.

An exotic, remote archipelago that absolutely blew me away. And the sooner you visit this slice of paradise the better — I suspect it’s not going to be the South Pacific’s best kept secret for much longer.

Where are the Cook Islands?

Don’t feel like you’re alone in blissful ignorance; I had no idea they even existed so don’t be ashamed by this slight gap in your geography knowledge.

The Cook Islands are located in the South Pacific, roughly 4000 kilometres south of Hawaii, and 2500 kilometres northeast of New Zealand (see map at the bottom of this post for an aerial view – they’re kind of hard to find if you don’t know where to look).

Why you should visit the Cook Islands in 2023

Hold your horses, people! By affordable, I don’t mean cheap – there’s a significant and rather costly difference between those two words.

The Cooks are not the kind of place where you can just wing it and hope for the best, i.e. a $20 dorm bed. What I mean by affordable is that it’s the least expensive destination in the South Pacific, much more reasonably-priced than Fiji and French Polynesia (where hotel rooms rarely go under the $800 price point and where tipping costs a fortune).

The cost of living in the Cooks is rather high (especially when it comes to telecoms and food – $10 per 100mo! $20 cocktails everywhere!) and, of course, that is reflected in accommodation prices. However, it remains an affordable gateway to the South Pacific, as opposed to the typical remortage-your-house-and-sell-your-first-born nearby islands.

You’re familiar with the Carribean cliché, where sky-high hotels line up along the beach and where tens of thousands of North Americans flock to drink ungodly quantities of cheap beer, yes? Well, it’s nothing like that in the Cook Islands.

First off, the local government has made it very clear that it’s forbidden to build a structure higher than palm trees, a law that certainly contributed to preserving the island’s luxuriant wilderness looks despite the presence of dozens of hotels and restaurants.

And because the Cook Islands remain a relatively underrated destination (except maybe with Kiwis and Aussies), beaches are not only stunning but also, and perhaps most importantly, virtually empty aside from hermit crabs and friendly stray dogs. No need to run to the beach first thing in the morning to reserve your beach lounger.

The Cook Islands are pretty much what dreams are made of. Only they’re better, because they’re real. These islands are exactly what I, an Eastern Canadian girl that had never been to the southern hemisphere, pictured a South Pacific island to be like:

To put it metaphorically, the Cook Islands are kind of like that girl you’d kind of want to hate because she’s so effortlessly pretty and fresh-faced even without make-up on but she’s also super sweet so you can’t really hold anything against her.

I have rarely felt so welcome as a tourist as I did in the Cook Islands. Within ten minutes of leaving the airport’s customs I had already made new friends and had been given a traditional flower wreath.

In fact, several people stopped on the side of the road and asked me if I had engine troubles when they saw me standing next to my scooter… when, actually, I was just busy taking pictures! That’s just the Cooks way.

It’s easy to get to.

Contrary to many remote islands where you have to board four different propeller planes to get to (and, therefore, survive four minor heart attacks if you’re anything like me), Rarotonga is serviced by a weekly flight from LAX with Air New Zealand – meaning that it’s not at all a hassle to get to. Your Cook Islands travel plans just got way easier, haven’t they?

It’s hard to believe such a small island is home to an international airport, but it is!

It’s no surprise that so few Canadians are actually capable of pinpointing the 15 microscopic islands on a globe; the Cook Islands are one of the most underrated and unrecognised destinations in the South Pacific and not knowing where they are shows in no way a lack in geography skills—I travel for a living and even I had to look it up.

Indeed, the South Pacific’s underdog archipelago is still very much a mystery to Canadian travellers. But as more people realise just how accessible (with one layover in either Los Angeles or Vancouver) and how affordable the Cook Islands are in comparison to nearby Fiji and French Polynesia, I suspect it’s not going to be a hidden gem for much longer—especially considering the New Zealand dollar and our struggling loonie are at par these days.

Even with just one week to spare in the Cook Islands, there’s plenty to see and do. Kia Orana! Whether you need an inspirational book to give you the little kick you need to book your trip, or if… 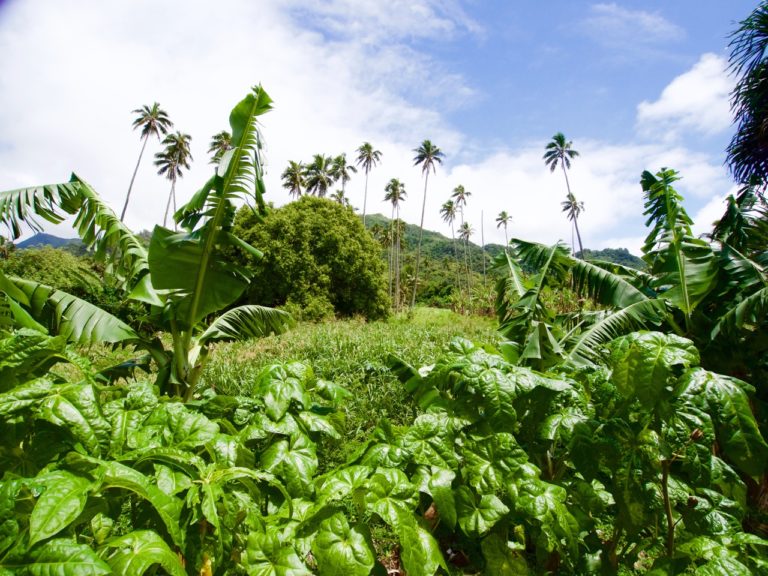 Surrounded by a sapphire-blue lagoon and fine, white sand, this romantic South Pacific paradise is the ultimate place to unwind….