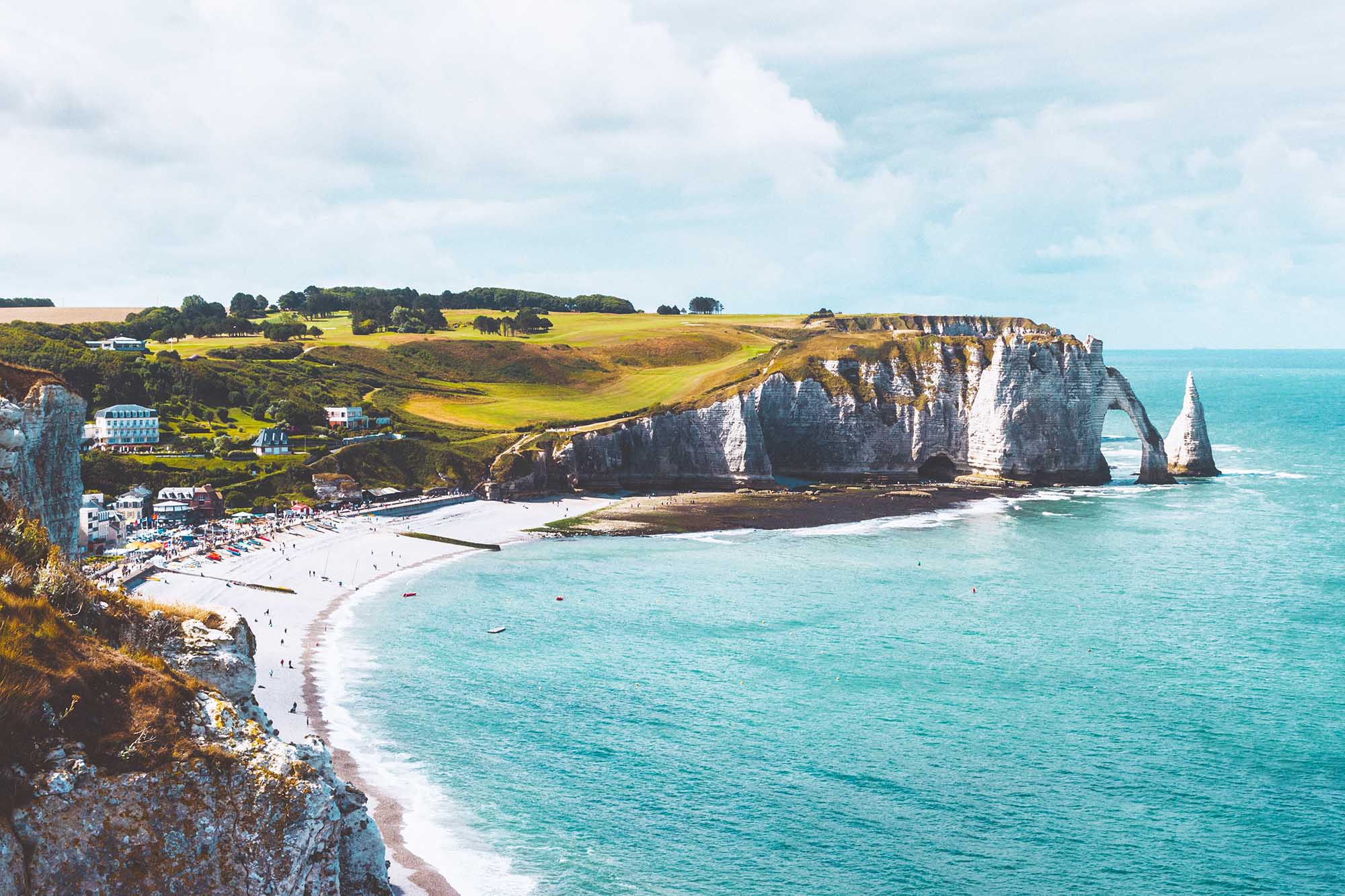 Although the mere mention of a trip to France immediately conjures up afternoons lounging at the foot of the Eiffel Tower, there is, however, much more to see elsewhere in the country than just its capital. Why not a trip to Normandy?

Normandy borders the English Channel, making it a prime location for travellers looking to explore French culture beyond the City of Light.

Additionally while you’re there, make sure you taste the local specialties! Firstly, local Normandie cheeses like Camembert, Neufchâtel and Pont-l’Évêque. Secondly, anything apple-based, like Calvados and cider.

A few meters north of the Normandy coastline, straddling the Breton coast and at the edge of the Couesnon River, stands a fascinating rocky mound: Mont Saint-Michel, of course! Host of an abbey since the 18th century, the island with an impenetrable appearance jealously cultivates the aura of mystery that surrounds it. It is accessible on foot at low tide, but one must be quick, since the unfortunate visitors who linger there will be swept away by the current before they can admire this fortress.

Claude Monet lived in the port city of Le Havre for many years; his most popular work, Impression, Sunrise, was produced there and later gave its name to the art movement. Not far away is the village of Giverny, where Monet also painted his iconic Water Lilies series, inspired by the gardens of his home.

Normandy was also the scene of significant events in the 20th century, including those of June 6, 1944. The Normandy landings changed the face of World War II and, more broadly, the world, as Allied soldiers from a variety of nations including Canada set foot on the French shore in the largest sea invasion in history.

Several sites in the region are now dedicated to the commemoration of this vast operation, including museums and guided tours, which provide a better understanding of the era. Likewise, perhaps the most significant to Canadians will be the Juno Beach Centre, a contemporary maple leaf-shaped space that commemorates the contributions of not only Canadians but also other Allied nations that took place on the beach.

If you’re travelling from Bayeux, this day trip to the American beaches might be of big interest to you.

Étretat are home to some of the most stunning cliffs in France. Made famous by its chalky, crisp-white arch and the gorgeous sunsets it welcomes every evening, it’s understandable a number of Impressionist painters were inspired by this absolutely stunning coastline. And no wonder Étretat is the place where Parisians go for a weekend at the beach.

Of course, it’s the English Channel; don’t get your hopes up about the water temperature, but hey, it’s still a beach!

Welcome to one of my favourite villages in France! The charming, colourful port is not just a sight for sore eyes, though; it was actually one of France’s major ports for commerce back in the 16th century. Did you know this is where Samuel de Champlain set sail from before he went on to found Quebec City?

The Vieux Bassin area of Honfleur is rightfully the best place to start. But make sure to also visit Les Maisons Satie, Musée Eugène Boudin and Église Ste-Catherine. And if you want a more personal experience of Honfleur, why not book a guided tour?

The best day trips from Paris to Normandy