The order was really rather tall: five absolutely epic festivals, three and a half short days, and one capital city that is otherwise known for its fussy weather and gloomy medieval history.

Actually, let’s get that sorted right away: the weather was consistently fantastic throughout my time in Edinburgh. In fact, it rained for a grand total of five minutes, so there, out the window with your Scottish weather myths. I don’t want to hear it!

And as far as obscure medieval features go, Edinburgh’s UNESCO World Heritage Sites served as an equally stunning and brooding backdrop for the five major August events, which I was able to experience as I literally witnessed Edinburgh transform into a versatile festival capital before my eyes. The possibilities were truly endless: applied arts, dance, music, humour, circus, science, technology, military processions, quirky buskers, you name it, Edinburgh’s got it. I was truly impressed at seeing both local and international creatives hard at work in such an enchanting setting of cobblestone streets and medieval closes.

Simply put, Edinburgh’s population literally doubles in size during the August festivals and the thousands of events are only ever outsold by the Olympic Games in terms of ticket numbers. So yeah – it’s quite something, to put it mildly.

Feeling overwhelmed at this overabundance of options and unsure where to start? Here’s a very personal recap of my experience at Edinburgh’s festival of festivals (that’s a thing, right?), with last-minute tips for the remainder of the 2016 edition. I’m not even one bit embarrassed to admit that I took over 700 photos of the Edinburgh Royal Military Tattoo. Truth be told, I was well aware of the event’s large-scale reputation but I had no idea just how grandiose it actually is in reality.Each and every Royal Edinburgh Military Tattoo is different from the last; this year’s theme is Tunes of Glory and is set to pay tribute to HM The Queen’s 90th birthday and is marked by a strong sense of British tradition and the memorable melodies of the Massed Pipes and Drums as well as various performers from over 48 countries.

Though luck for getting tickets to this year’s edition, though, as it’s once again completely sold out. But if you’re able to plan far at least a few months ahead, try and secure tickets as early as December 2016 for the 2017 Tattoo. A Lady’s Guide to the Art of Being a Wingman

Welcome to the world’s largest arts festival! A magnet for creativity and innovation, Edinburgh’s famous open-access arts market features 50,266 performances, literally taking over the city’s 294 venues, and comprises anything from theatre to circus, from spoken word to opera, and from dance to musicals. The programme is not artistically vetted in any way; unlike the majority of other similar festivals, anyone who’s got a production and a venue can be selected in the lottery, making the Fringe absolutely cutting-edge in every way, year after year.

Fringe offers a mix of paid and free, indoors and outdoors events throughout Edinburgh. I attended a few: The Fountain of Youth by Sally Hackett Consistently pushing the limits of visual arts, the Edinburgh Art Festival regroups Britain’s most influential art galleries and artists through guided tours, exhibitions, talks, and performances of all kinds, pioneering exclusive artworks along the way. Inaugurated in 1947 as a celebration of peace through the arts in order to bring together audiences and artists from around the world, the International Festival is often dubbed the “curated version of Fringe” by locals as it takes over the city’s most prestigious venues and attracts big-name, internationally-acclaimed performers. The programme is entirely devoted to virtuosity and the finest acts, regardless of the genre. I saw two shows at the International Festival:

Being home to illustrious authors like Arthur Conan Doyle, Robert Burns, Ian Rankin, JK Rowling, and Walter Scott, it comes as no surprise that Edinburgh would enthusiastically celebrate its literary heritage with a book festival. This year’s apt theme is “Migrant Stories to Literary Legends”, and explores the consequences of shifting powers in our ever-changing society as told in books.

There’s a massive headquarters of sorts over at Charlotte Square Gardens where book lovers mingle to discuss their latest discoveries, grab coffee, and just enjoy the festivities. They can also shop at the pop-up bookstore, which, over the course of three weeks, sells more copies than a high street shop does in an entire year (!). * I was a guest of Festivals Edinburgh, Visit Britain, and Visit Scotland on this trip. All opinions are my own. 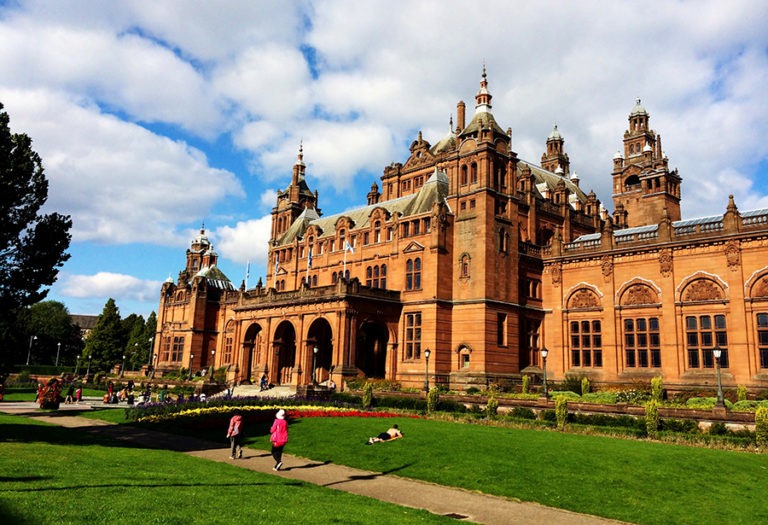