Reykjavik has become quite the poster city for all things Scandinavian in the past couple of years; fresh air, accessible nature, colourful cottages and plenty of coffee shops filled with cosy candles.

Indeed, gone are the days where visitors simply drove through Reykjavik on their way to the West Fjords or simply to get a picture of the funky-looking church. The city has evolved into a destination in its own right, with more and more people using it as a base to explore West Iceland.

I had planned two full days in Reykjavik at the start of my road trip, just so I could get used to 1, the daylight/jetlag situation, but 2, to try to put my finger on what made the city so attractive. Let’s see what I did during my (in hindsight, all too short) two days in the Icelandic capital.

48 hours in Reykjavik
A City Guide

Not only to get your bearings around the city but also to get insightful info and trivia about Scandinavia, Iceland, Reykjavik and the Icelandic life from an Icelander’s point of view. The tour starts at the iconic Hallgrímskirkja church and ends at the Parliament House, lasting roughly two hours, with several stops at significant, historical or quirky places along the way. Ask Auður for her favourite restaurants and bars too – with Reykjavik becoming such a tourist destination, tourist traps have slowly set up shop, and she knows how to avoid them.

This is a must-do whether you spend 48 hours in Reykjavik or a week, both for the architecture and for the view. Hallgrímskirkja is a Lutheran parish church, named after the Icelandic poet and clergyman Hallgrímur Pétursson. It was designed by Guðjón Samuel in 1937, an architect notoriously inspired by the shape of basalt rock formations — which is precisely where Hallgrímskirkja gets its distinctive shape from.

But before you head to the top to admire the view over Reykjavik and the Kollafjörður Bay, make sure you take a look at the impressive 25 tonnes, 102 ranks, 72 stops and 5275 pipes organ!

An ode to the sun if there ever was one, the Sun Voyager is a dreamboat sculpture made by artist Jón Gunnar Árnason, which represents undiscovered territories and the dream of progress and freedom — and not a Viking ship as most people pretend.

I found it to be at its prettiest at day fall when the golden rays of the sun softly reflect on the structure. It’s a very nice place to watch the sunset over the city and the harbour.

Luckily, the city has a thriving indie coffee scene, and that is not simply due to the fact that there are no Starbucks in the country (shocking, I know!). Take a few moments to unwind, smell the delicious coffee and mingle with locals at my favourite coffee shops in Reykjavik.

Yet another completely free thing to do in Reykjavik – the Harpa concert hall. The post-modern building has taken the role of Iceland’s cultural palace upon completion in 2011 and has been used for a variety of events since.

What makes it so attractive, however, is its distinct architecture; the award-winning building designed by Olafur Eliasson features thousands of transparent glass panels in varying hues of yellows, purples and blues, which seem to be ever-changing depending on the time of the day and the brightness of the sun. A must do!

One of my favourite things about Scandinavia is the architecture; there is something incredibly charming about these colourful aluminium houses, which are scattered all over Reykjavik. From vermilion red to canary yellow, from sapphire blue to emerald green, there is a vast plethora of colours available, which I reckon is a cheerful touch to a notoriously cloudy city. Take a stroll nearby Grjótagata and Skólavörðustígur to see some of the cutest (and possibly most expensive) real estate in Reykjavik.

Love the warmth of wool but can’t bother knitting it all yourself? Leave that to the Icelandic Handknitters Association. Founded in 1977 by a group of women who had been knitting as a way to supplement their families’ income, the IHA now features the works of over 200 members.

It is possible to buy the iconic Lopi sweater here, at a fraction of the cost compared to other tourist shops and duty-free at the airport.

Where to eat & drink
in Reykjavik 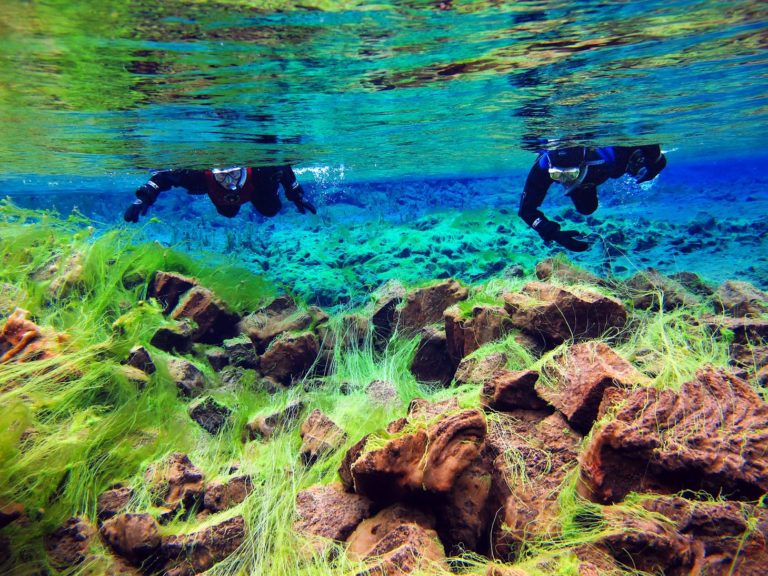